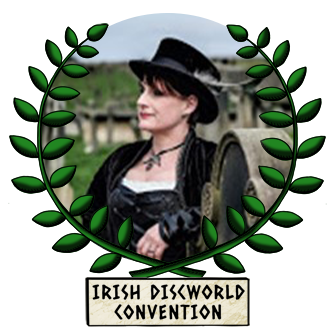 When Dr Terri Simpkin introduced herself to Sir Terry Pratchett as an academic, his reply was “Oh, I’m so sorry!”

While she is an Associate Professor and MBA Director at the University of Tasmania she has enjoyed an international career outside of academia in leadership, strategic HR and hotel management.  It is almost certain that Sir Terry would have been equally incredulous about her long career as a consultant to governments and organisations across the globe.

Having received multiple awards for her work on broad-ranging diversity, inclusion and belonging initiatives internationally she is also an authority on the impostor phenomenon.

As a dedicated devotee of the late Sir Terry Pratchett she keeps ‘the turtle moving’ (and herself amused) by calling on material from the Discworld canon as part of her teaching.  Her lectures on topics such as leadership, diversity and inclusion in the Discworld novels have been sell-out successes at the Cambridge Festival of Ideas and the 2019 Irish Discworld Convention.  She’s also due to present at Nullus Anxietas in XXXX in 2022.

Find Terri’s work on leadership, the impostor phenomenon and the Essex Girl motif among other topics here.