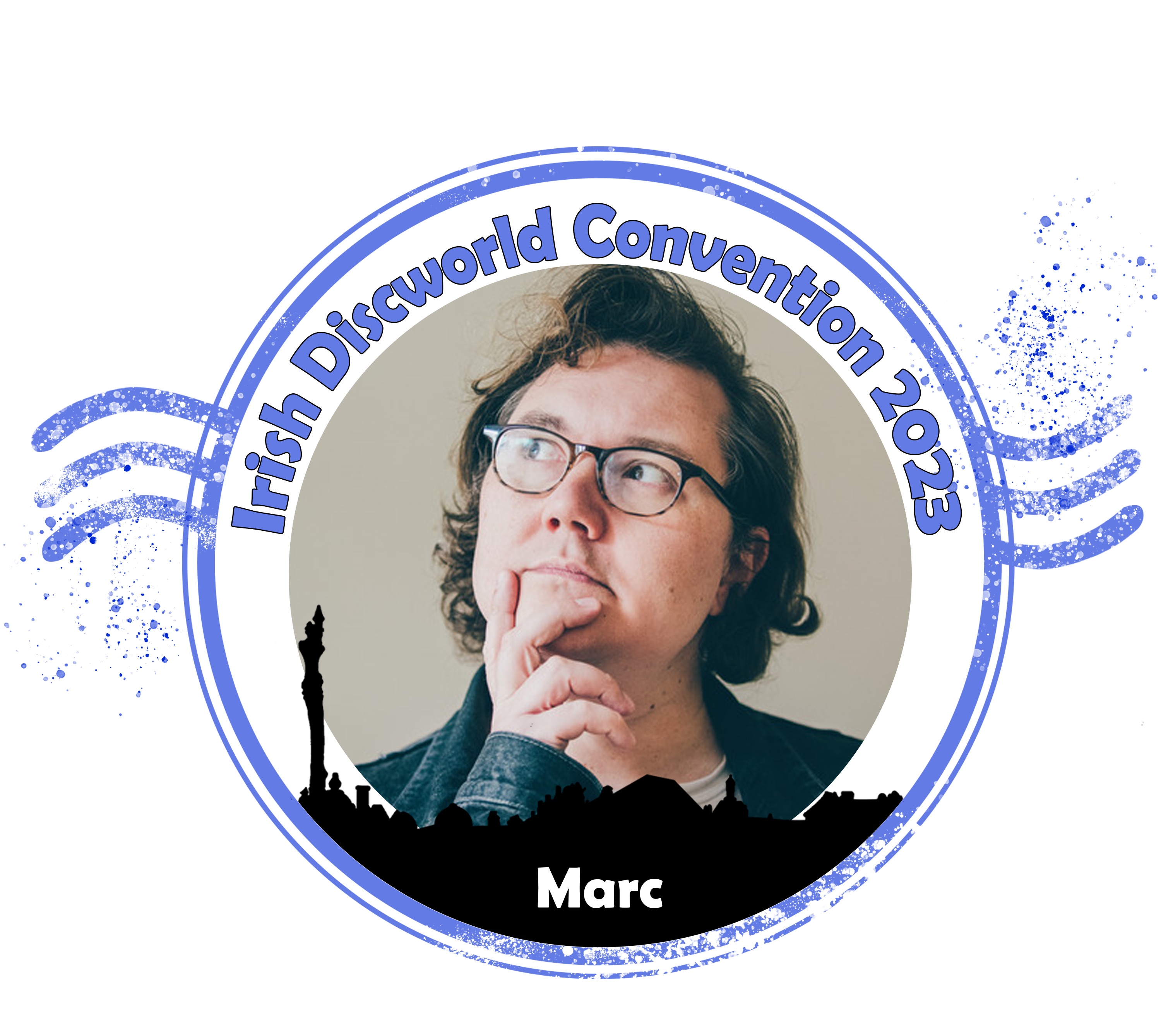 Marc Burrows is a Stand Up Comedian, musician, journalist and floppy-haired nerd based in London.
In 2020 he published The Magic of Terry Pratchett via Pen & Sword books, the first ever full biography of the great man. It won the 2021 Locus Award for best Non Fiction book. He writes regularly about music, culture and mental health for the Observer, Guardian, New Statesman, Big Issue, Independent, Quietus and others, plays bass in the cult Victorian-themed Punk band The Men That Will Not Be Blamed For Nothing, creates his own music under the name Before Victoria, and dabbles in stand-up comedy, having taken several one-man shows to the Edinburgh Fringe. His latest book, The London Boys: David Bowie, Marc Bolan and the Sixties Teenage Dream, is out now. He is frequently tired.