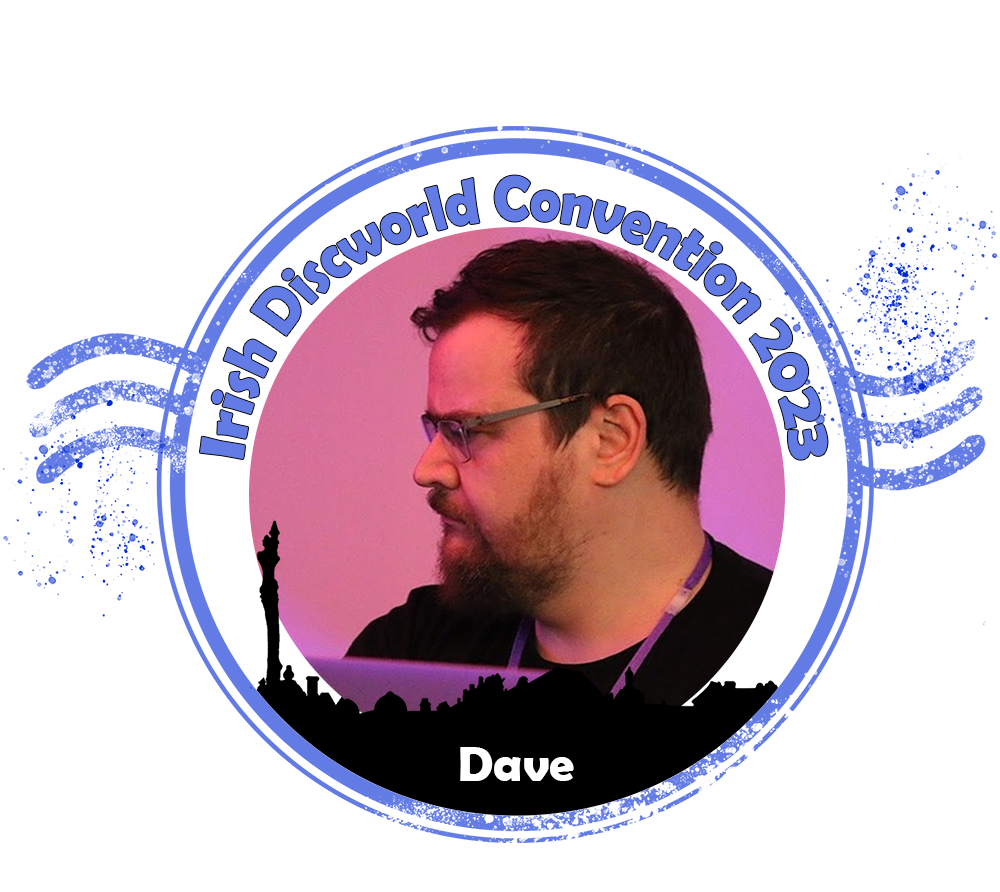 Dave does "stuff" with Computers ()

As a professional “Kevin” (Software Developer1) in the real world. He has previously volunteered at the convention and this year has decided to get more involved. As well as the Discworld, Dave occasionally likes a beer or a single malt2 and some good food.

1 Fighting Fires and getting really annoyed at customers… “It’s a feature NOT a bug!”

2 Or basically anything in a hip flask.