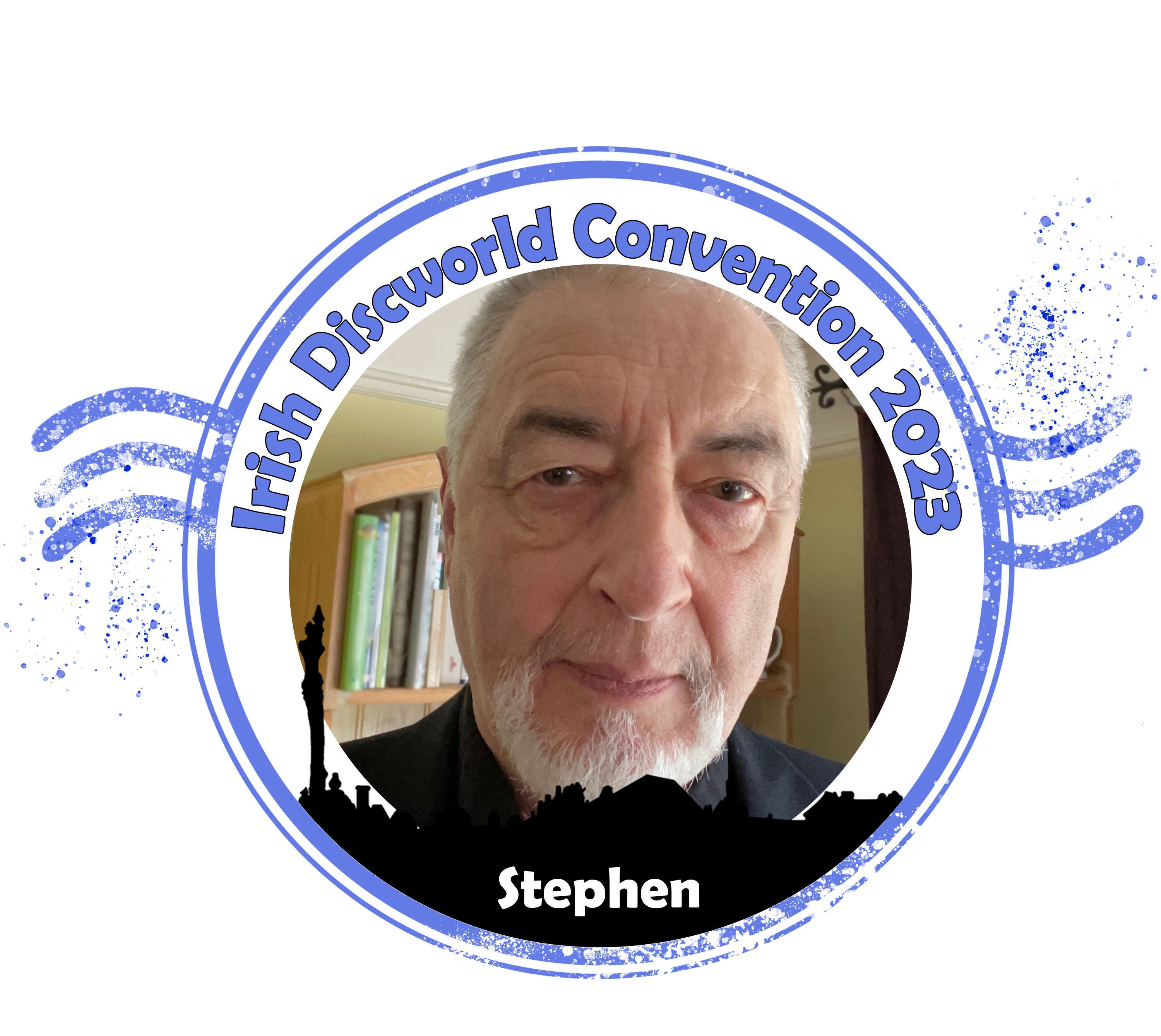 Stephen and Terry met when Stephen staged the world's first-ever Pratchett dramatisation. Wyrd Sisters. But they went on together to map Terry’s world and its principal city. They also collaborated to write the Discworld Companion, a cook book, diaries and lots of other stuff. They were friends for nearly 25 years. Stephen has written, staged and published more than twenty Pratchett plays and they’ve now been performed on every continent. He also narrated more than thirty unabridged Pratchett titles in the U.K. and USA.

*please note that, while Stephen is very keen to attend IDWCon, he has warned us that his commitments are very high at that time - let's just keep all fingers crossed!