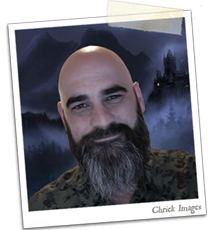 Daniel hasn’t managed to accomplish much with his life, but one thing he has done with marginal success was to help build the largest and most complicated fan film in history. That film, of course, is an adaptation of the Discworld short story “Troll Bridge”, which Terry wrote in 1991. The adaptation has very much been Daniel’s life work – and now, after fifteen years of collaborating with some of the finest artists across the globe, it is complete. The film has been shown at film festivals across the world and most backers now have DVD in their hot little hands. Daniel lives in Melbourne with his soulmate, two demanding cats, a He-Man figure collection, and a head full of impossible ideas.