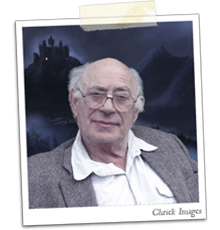 Jack Cohen – Co-author of the Science of Discworld books.

What can we say about Dr Jack Cohen that doesn't make it seem like he has lived the lives of three (very accomplished) people? His C.V. runs to an impressive seventeen pages that include his experience and qualifications obtained over fifty years of educating some of Britain’s finest – including one (so far) Nobel Prize winner. He first collaborated with respected mathematician Ian Stewart in 1991 on a paper entitled Chaos, Contingency and Convergence, which led to many more papers and eventually, in 1999, to The Science of Discworld and its three sequels, as well as two other Sci-Fi novels (Wheelers and Heaven) and sundry other articles and books on a variety of subjects. He has advised some of the greatest science fiction and fantasy writers of our time like Anne McCaffrey and Larry Niven. Jack passed on in May 2019.